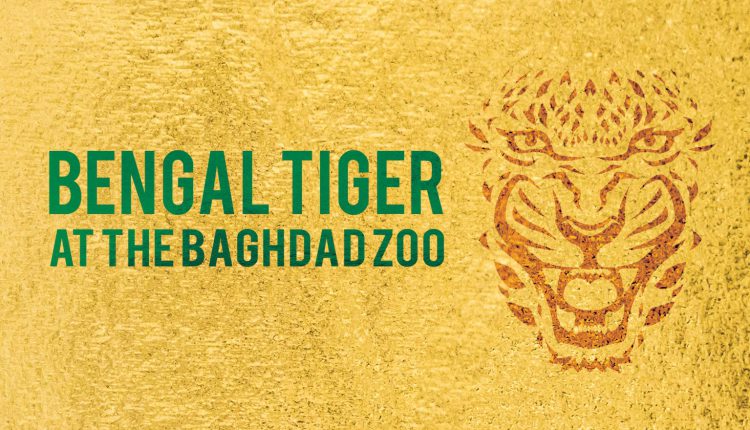 Toronto premiere of Bengal Tiger at the Baghdad Zoo Next Month

The play is a richly-conceived, darkly comic, and ferocious tale set amidst the chaos of Baghdad shortly after the invasion of Iraq.

Pulitzer Prize short-listed, Tony Award nominated, and National Endowment for the Arts award winner for Outstanding New American Play, Bengal Tiger at the Baghdad Zoo is set amid the chaos of the American occupation of Iraq. A darkly comic tale narrated by an existentially minded tiger held captive in the Baghdad Zoo, the play follows the intertwined lives of two American marines and one Iraqi gardener as they search through the rubble of war for friendship, redemption, and a toilet seat made of gold. Playwright Rajiv Joseph is a two-time Obie Award winner for Best New American Play for Guards at the Taj and Describe the Night, which also won a Lucille Lortel Award. Director Rouvan Silogix was a finalist for the RBC Rising Star Emerging Director Prize and served as Assistant Director on Julius Caesar at Crow’s Theatre. A Bengal tiger lives in Baghdad Zoo. He tells the audience that most of the animals have fled to “freedom” because of the Iraq invasion, only to be shot dead by soldiers. That night, United States soldiers come to guard the zoo. Two soldiers are stationed outside of the tiger’s den. One soldier teases the tiger with food. The tiger, driven by fear and hunger, bites off the hand of Tom, one of the soldiers. Kev, another soldier, shoots the tiger, mortally wounding him. The tiger slowly dies. This long-awaited show comes after last season’s disappointing cancellation, on the eve of its first performance, due to a provincial lockdown order in January.