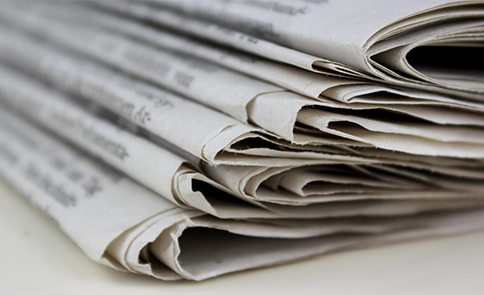 The Arab media and how to address others

Media is considered a science that has its own rules and traditions. Experience and practice are no longer enough to achieve sufficient progress in media in all its forms. That’s why most countries have institutions and centers to study media as a science.

One of the most important media studies is the art of influencing public opinion which studies the direct and indirect influence of the political, commercial, or media propaganda on the individual and society and how they interact with it and how they influence each other. The challenge facing the associations and Arab-Canadian centers is how to make media undertake its leading role in serving the diaspora. Many countries in the world along with their affiliated political and strategic study centers have expressed interest in putting strategic factors to activate media roles to build a new reality for their societies. One of these factors is the problems of cultural communication with the west. Among those problems is the relationship between Islam and the west and the terrorism problem, then the distinction between legitimate resistance of foreign occupation and terrorism. Hostile media have tried and are trying to limit the influence of Arabic-Canadian media, and so Arab media must find ways to strengthen their capacities to deliver their message to the Canadian public and to influence them using the English language that is understood by the multicultural Canadian society.

Arab media in Canada lacks the required strength and the ability to communicate with others. Our media is like a person talking to himself as they publish their materials in the Arabic language and I do not exclude social media as part of that problem.

What is the solution? For Arabs to address Canadian media in a rational way that gives their defense credibility, they have to strengthen the internal front by bridging any gaps, constant and calm dialogue with the Canadian media in its different forms. As mentioned above, media is not simply conveying and disseminating information but also includes advertising and publicity in the commercial marketing field or the intellectual, ideological, and political field or behaviors and ethical components. Also achieving the various goals of the society in the fields of knowledge, sociology, culture, awareness-raising, guidance, entertainment, amusement, and education so media gets closer to becoming the first communication channel to influence society.

According to this concept, media tools play a fundamental role in raising public interest in the issues and problems at hand as media tools are considered the main source which public seeks to obtain information regarding all political, cultural, and social issues for its social effects and it’s its widespread usage and its ability to reach and speak to the majority of society. Media is also considered an effective factor in the lives of societies as it’s considered the spreader and the main promoter of thought and culture. It also contributes effectively to the formation of the social awareness of individuals.

Given the above, I think that Arab Canadian associations generally lack an establishment that takes up these concepts into consideration and aims to rehabilitate media personnel of various individuals of the community especially university students and those who are proficient in the English language to enable them to communicate with the Canadian society using ways and methods that are close to its ways of thinking and peculiarities to move this society towards our rightful causes which deserve this effort from us.

That’s where the meaningful moral feasibility of establishing such centers comes into play and putting them into work across major Canadian cities. I also think that it is our national duty to work with determination to encourage Arab centers and associations, to adopt such a project while putting ourselves and our expertise in this field in the hands of those who take this initiative. Establishing any media institution requires in-depth knowledge in this field. Media establishments also take on a great deal of ethical responsibility and professional integrity.

Leading media establishments are usually followed by large segments of society, and this is where interests peak into the roles that such establishments play such as presenting themselves as a trustworthy source to receive information and news. Those institutions require professional standards in the administrative and media work, a commitment to objectivity values, and avoiding bias, misinformation, or rumor spreading without documentation and verification.

I recommend in this regard, the participation of experts in the fields of media, education, psychology, sociology, law, and history so that their efforts and visions are integrated into preparing positive media materials that publishing them in the various media means leave a positive impact on the level of the individual and the society. In conclusion, I call upon everyone to learn a lesson from the experience of a non-rosy stage in our community’s life. We have to review our media experiences and even all of our associations to develop the positive elements they have and rid ourselves from their negative practices, to work towards agreement rather than infighting, to seek unity rather than dismemberment, solidarity not fighting, the logic of dialogue against alienation, listening to people’s suffering and pulse rather than the greedy interests which no matter how tempting they are, they are transient, impermanent and destructive.

Air Canada to refund customers for canceled flights due to pandemic