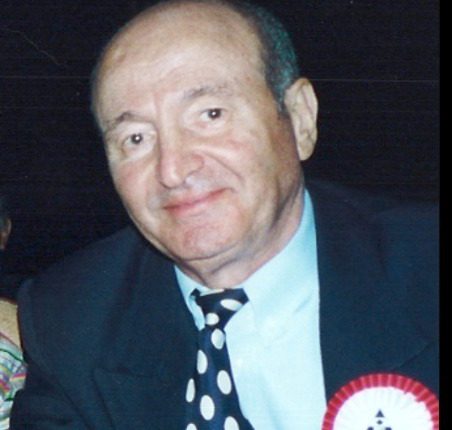 Egyptian community’s leader and founder of the Nile Association, Mr. Mahmoud El-Farnawani, has passed away, aged 89, his daughter said on Saturday. Check his facebook page

Egyptian Ambassador, Ahmed Abu Zeid, along with members of the Embassy in Canada and members of the Nile Club Association condoled with great sadness and sorrow, the death of Mr. El-Farnawani. “If you knew my dad, you would know the very definition of resilience, perseverance, and persistence. You would know of his phenomenal days as a volleyball athlete and coach. You would know a man who loved his family, a man who worried about them and prayed for them every day,” his daughter Ranya Elfarnawani said.

“Every day. You would know a man who started each day with prayers and the same little exercises. Marching and kicking his legs much like he must have when he was just a young man. A man who would then take a shower, singing Arabic songs passionately and somewhat painfully for those who could hear him. I don’t think he ever did forgive me for that time I thought he was dying in the shower.”

“Speaking of dying, one of my dad’s most impressive a bilities was his ability to defy death and the odds against him. With an irregular heartbeat, and a leaky valve, his heart has been fighting for decades. All the while because of his will to live. He always felt he had a lot to live for. Even until the very end–he always wanted to make a difference,” she added.

“He had lots of crazy ideas. It’s hard to know where to begin? There was of course his “bi-limbual” machine. A machine he designed in his mind that would equalize the functioning of the left and right side of the body, giving athletes an unprecedented advantage in sport and, as he believed, ultimately change human capabilities in thinking power. Man, could he dream!”

He never ran out of his ability to dream big. Whether it was how his recipe for shrimp could cause such a stir in the food scene that any restaurant that served it would have lineups, for miles! Or how his vision for an Egyptian community centre /old age home /nursery & daycare /restaurant and banquet hall would attend to all the needs of the Egyptian-Canadian community.

He loved the community and took pride in being Egyptian. For many years he led the Nile Association of Ontario and seemed to love nothing more than reaching out to members, newcomers, politicians, and community leaders to expand and promote the club.

Promoting, selling…he was born to sell. If he had your ear for more than 20 minutes then he was probably trying to sell you something. Perhaps it was his latest invention – – did I mention the chicken rotisserie that could grill 64 chickens at once with different sauces on it? Lol. He never did run out of ideas. What was your favorite?

And if it wasn’t an idea he was selling you on, it was his opinion on something. He always had an opinion. He always had advice. And he definitely had the opinion that you should take his advice. What advice did he give you?

But in all those conversations–and did I mention that he was always having a conversation? He never did care much for technology, with one exception of course, the one that allowed him to have more conversations–the telephone. He is the only octogenarian that I know that always needed to have his cell phone nearby, and not one phone but two. His Egyptian phone and his Canadian phone. And until his final days he had 3 of course–because he needed a landline too.

“He loved people. He never met anyone he couldn’t talk to. And he cared for people. He knew everyone’s name. He always knew the names of their spouses, their kids, and he knew their birthdays and of course their phone numbers. He had an uncanny ability to remember numbers and birthdays. It was one of the signs that he was really near the end this time when he had trouble remembering my daughter’s birthday.

He loved his grandchildren. His face always lit up when they entered the room. And while they’ve gotten a bit too old to enjoy hugging him as much, he hugged them, kissed them, and prayed for them as much as he could.

He was always affectionate. I remember my teenage years when I would just wish that he wouldn’t kiss me goodbye in front of my friends or the whole school for that matter when he dropped me off, but he didn’t care. He was going to kiss me anyway. Even when we were in our 20s and 30s, he would hug my sister and I like we were little kids. Bringing our heads towards him, one of us on each side. That’s how I’ll remember him. Loving, affectionate, and proud,” she concluded. He was born on June 13, 1933. Founder of Trade and Sports Canada Inc. since 1983 until now.  Elfarnawani founded the Nile Club Association in Ontario in 1988 and presided over it for 14 years, and its honorary president for life. He was called the pioneer of volleyball in Egypt for his long-standing contributions in spreading the game since the early 1950s, and he trained a large number of national volleyball teams, including Canada. He has made valuable contributions to strengthening the ties of the Egyptian community in Canada with their home country, Egypt.

Check the interview with El-Farnawany