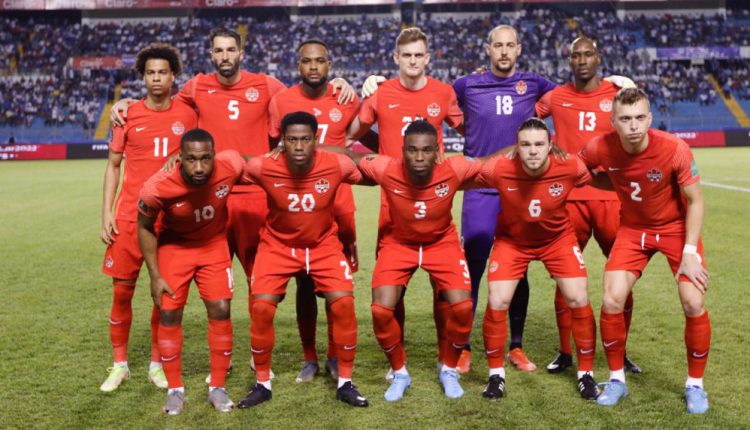 Canada Soccer Team returned to World Cup Competitions after 36 years of absence and will the team will make its first debut in FIFA World Cup in Qatar since 1986.

The Canada national team has a short history in the World Cup. The only World Cup he played was in Mexico in 1986. and now 2022 will say present in Qatar In the maximum placement of football, After 36 years of absence, Of course, Canada was the first representative of CONCACAF to secure tickets over Mexico and the United States, the three countries that will host the 2026 edition.

Canadians pin hope on their national team in this version of the World Cup to get better results and try to get through the group stages as in Mexico 1986 the team had been eliminated after three consecutive losses against the USSR, Hungary, and France.

Team Canada will be put to the test this November in Qatar against Belgium, Croatia, and Morocco in Group F.

Despite Canada’s 36-year wait for qualification and a tough draw, they aren’t going to Qatar to round out the numbers — progression to the knockout stage is a genuine expectation.

Alphonso Davies may be the biggest name on the Team Canada roster, while Cyle Larin may be the highest-scoring Canadian man of all time, but if Canada is to march deep enough in the World Cup to have a player challenge for the Golden Boot, oddsmakers tab Jonathan David as an equally likely player to do so.

The 22-year-old forward currently plays in France’s Ligue 1 for Lille, where he has 13 goals in 29 matches this season, and he has 20 career goals in 27 career matches for the Canadian national team.

Canada coach John Herdman commented on the draw last April by saying that it’s a “surreal moment” after the Canadian men’s 36-year absence from soccer’s showcase. “We’re creating momentum, the men’s side, and the women’s side. So, I think this is great, especially given the context right now where we are technically still in a pandemic and the lockdowns over the last two years have had hurt our grassroots soccer at the base of the pyramid,” Dr. Bontis told Media in Toronto last February.

The repercussions for the qualifications for the World Cup did not stand at this point. As the Canadian men’s soccer team has formed a players association as compensation negotiations continue with Canada Soccer.

The players and their governing body are attempting to strike a deal in advance of the World Cup in Qatar.

The men are following the lead of the Canadian women’s team, which is represented by the Canadian Soccer Players Association (CSPA).

The negotiations in June were handled by the players themselves, according to Canada Soccer. Now with the association in place, they can turn to legal representation with provincial labour laws coming into play.

Canadians’ eyes will be on Qatar to see their national team, which made an impressive qualification to the Mundial, and keep hoping to qualify to the knockout stage, and who knows maybe the team goes far than expected!