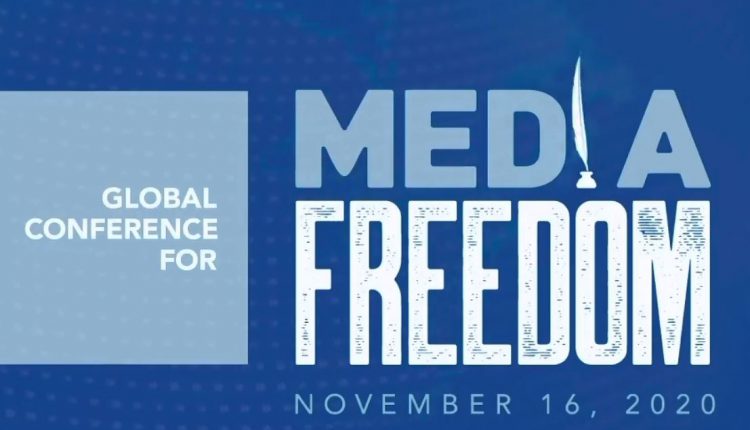 Minister Champagne and the Karina Gould, Minister of International Development, announced an additional $1 million in funding for the UNESCO Global Media Defence Fund, which was established by Canada and the United Kingdom to help enhance media access to legal assistance. They also announced $1.5 million for the Lifeline Project to Tackle the COVID-19 Infodemic, a BBC Media Action project working with journalists in Afghanistan, Bangladesh, Ethiopia and Indonesia to create clear, fact-based COVID-19 content. Over the course of this successful conference, three new countries—Australia, Belize and Botswana—joined the 37 members of the Media Freedom Coalition for its first ministerial meeting. The coalition issued a joint ministerial communiqué that reiterates its commitment to the Global Pledge on Media Freedom and urges governments to protect the independence and safety of media professionals.

The conference closed with the presentation of the first Canada-United Kingdom Global Award for Media Freedom to the Belarusian Association of Journalists in recognition of their tireless efforts to defend the right of journalists to conduct their essential work. Canada and Botswana are pleased to announce that Estonia will host the 2021 Global Conference for Media Freedom.  “We live in a time of unprecedented challenges. Journalists play a critical role to protect and promote human rights, democracy and the freedom of the media. Too often, they put themselves at risk to protect these essential principles. We must join forces and oppose those who seek to silence the voices of journalists and who choose to repress media freedom,” said Mr. Champagne.

The Arab media and how to address others