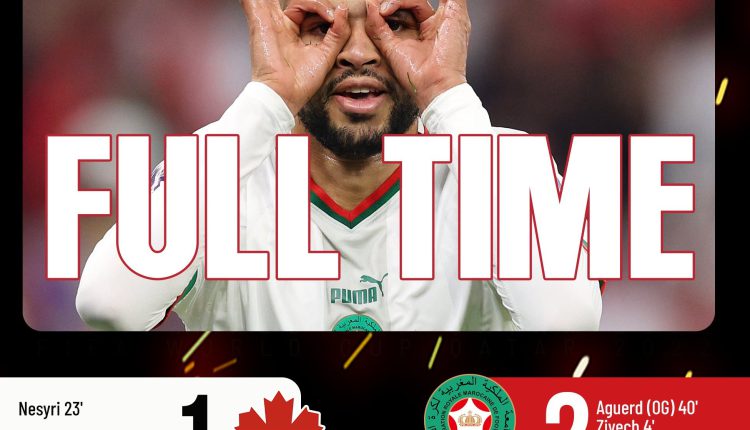 Canada left the World Cup without a point after losing 2-1 to Morocco in its final group stage game.

Canada dug itself an early hole and couldn’t find a way out despite a late surge. The result left Canada winless at the World Cup for the second time in 36 years.

Hakim Ziyech and Youssef En-Nesyri scored for No. 22 Morocco, which took advantage of horrendous Canada defending to lead 2-0 after 23 minutes and clinched the top spot in Group F with the win and a 0-0 draw between Belgium and Croatia.

Canada benefited from a Nayef Aguerd own goal to cut the lead to 2-1 at the break.

For Morocco, a draw would be enough to send them through into the last 16 for only the second time in their history. Walid Regragui’s team have impressed themselves after topping their group, looking hard to break down and boasting some big attacking names to make an impact.

Bank of Canada To deliver interest rate hike next Wednesday